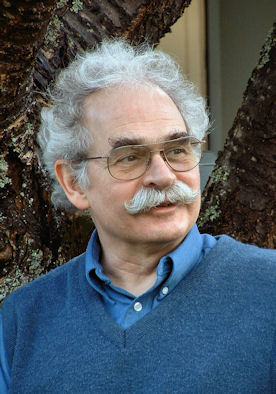 I’m Jim Fiscus.  I’ve been a freelance writer and photographer for a number of decades, with my non-fiction writing paying the bills.  I also write science fiction, with an emphasis on alternate history.  I am Western Regional Director for Science Fiction and Fantasy Writers of America (SFWA.)

To get personal, I was born in Eugene, Oregon in 1944.  (Part of my family had been in Oregon since the 1840s.)  I was raised in England, Baltimore, New York (Manhattan,) New Haven, and occasionally in California, returning to Oregon for high school.

I entered Lewis and Clark College in Portland in 1963, studying International Affairs under a professor (Karlin Capper Johnson) who had once worked for the League of Nations.  Wanting a break from college, I joined the Navy in early 1967 — far better than being drafted after losing my student deferment — and ended up as a photographer. That led not to sailing the World, but to garrison duty in Vietnam (Chu Lai and Phu Bai) and Okinawa with the SeaBees (naval construction units).  After the Navy, I returned to Lewis and Clark, spent time in law school, and freelanced as a photojournalist for about a decade before grad school.

I have a master’s in Middle East and Asian History from Portland State University.  As a graduate student, I taught classes in military history, and I’ve used my degree while writing history books and alternate history.  I even chose my thesis subject with thoughts of future fiction, its title being Gun Running in Arabia: Introduction of Modern Arms to the Peninsula, 1880-1914.  I have been a freelance writer and photographer since getting my MA in 1987, with occasional breaks to take staff jobs.

As a writer, I have concentrated on writing about clinical and political developments in medicine and health care, the business and legal aspects of writing, and history.  I am married to Shawn Wall and live in Portland.

Finally, to repeat my comment on my various by-lines, I write Science Fiction under Jim Fiscus, non-fiction as James W. Fiscus, and use James Fiscus or James W. Fiscus for my photography.